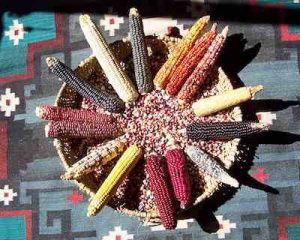 The database created by the Maize Database Project (SHF grant 2019-M2-001) contains information on archaeological or historical maize stored in repositories in Colorado, Utah, Arizona, New Mexico, Nevada, Texas and in other parts of the United States. In total, 47 repositories provided data included in this dataset. This dataset does not contain all possible maize specimens from the Southwest. Several repositories have maize in uncatalogued or unaccessioned collections and so could not provide these data. Other repositories have large collections that currently are not accessed digitally, so these data were also not available. Other repositories with maize lacked the staffing or capacity to respond to data requests within the time frame of the project. The dataset does contain information about 18,265 accessions, and most accessions contain many maize specimens, so the total number of maize specimens number in the hundreds of thousands. The Maize Database Project dataset provides researchers, the general public, and descendant communities with a valuable resource for locating and assessing ancient and historic maize in existing collections.